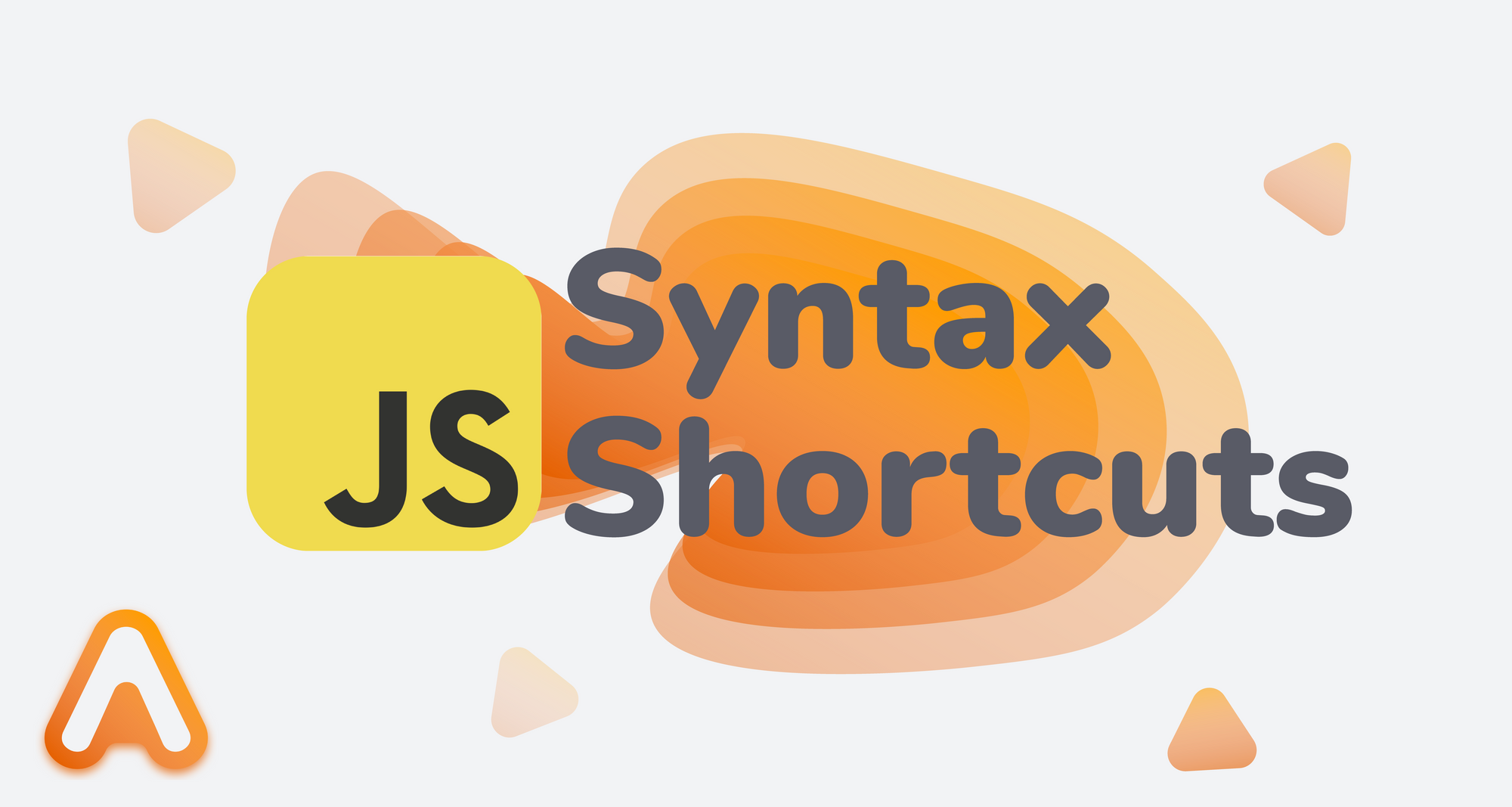 At first glance, JavaScript might seem like a pretty easy and straightforward language to code in. But, the deeper you go, the more you'll realize that that's not true. Apart from the general complexity of its prototype-based model, the language also contains numerous syntactic shortcuts and unpredictable tricks that you have to constantly look out for. Let me show you 4 of them!

Although in JS if is a statement and cannot be assigned directly to a variable, there's an alternative that lets you do so. It's called the ternary operator and is often used to create simple, one-line assignments, based on a certain condition.

The syntax here is very straightforward. You start with a condition followed by a question mark (?). After that come 2 expressions separated by a colon (:), that are used respectively when the condition is truthy or falsy (e.g. 0, false, "").

Again the syntax and rules here are simple and incredibly easy to apply when dealing with short conditional assignments. With that said, fresh coders might have some problems understanding it at first.

The dynamic nature of JavaScript type system can often be quite problematic but it also allows for some cool shortcuts to be used. Take the logical AND operator (&&) for example:

The snippet above present a nice shortcut for what could look like this:

Because the AND operator only evaluates the second expression when the first is truthy, it can be utilized to quickly assign a value to a variable when a certain condition is met.

However, you have to keep in mind that when the condition is falsy, it's this conditional expression (the first operand) that will end up being assigned to a variable. This might not be the desired effect and might break your code when e.g. strictly comparing it against undefined.

Thus, the use of such shortcut isn't considered a good practice, although is still quite common.

The increment operator (++) is a common look within usual for loops, isn't it?

Both it and its "negative" counterpart - the decrement operator (--) do one simple job - they either increase or decrease the numeric value they're used on by 1. And while that doesn't sound complicated, there are some lesser-known quirks connected with it. Take a look:

So, what exactly is going on here? Those are the ++ and -- operators together with the usual value assignment in action. Did you know that they can be placed either before or after the operand?

Well, they obviously can, but their behavior, or should I say the order of operation, differs depending on the position:

So, in our snippet, the secondValue is assigned the value of baseValue (10), which then gets increased to 11. After that, the baseValue is first decreased to 10 and then the result of that operation is assigned to the thirdValue.

This whole mess is why the ++/-- operator is usually not recommended for use outside the for loops. In theory, it should be logical (what comes first gets applied first), but can be very confusing for beginners and even intermediate JS coders.

Lastly, I'd like to touch upon something that's not necessarily a trick, rather than just an uncommon syntax feature. I'm talking about JS labels - "identifiers" that can be used to identify all sorts of loop statements and then use them with continue or break statements.

Without a label provided, continue and break operate on the loop that they're being used it. But, with a label assigned (e.g. outerLoop:) you're able to reference a different loop and use the statements on it instead. So, the only use-case for labels is within nested loops. And honestly, even there they aren't very common. This makes them mostly a good-to-know-but-won't-use-often kind of feature.

I hope this blog post allowed you to learn/remember a thing or two about JS's unpredictable nature and syntax. If so, let me know which one of the listed "tricks" were new to you.